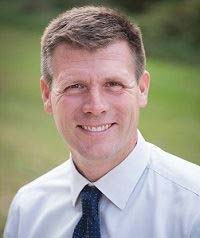 The Jasper County Board of Supervisors has unanimously passed a resolution declaring rural and unincorporated areas of the county a “Second Amendment Sanctuary.”

It bars city or county employees in Jasper County from enforcing state or federal mandates that infringe on gun rights in those areas.

Jasper County Board of Supervisors Chairman Doug Cupples says the resolution changes nothing now and would only kick in if state or federal gun restrictions go into effect. “What we are saying is that if the state or federal government is going to enforce those laws, they are the ones that are going to have to come enforce them,” he says. “One is for the resources, that would be part of it, but also for the safety of the people of Jasper County.”

Jasper County Supervisor Brandon Talsma says banning any type of firearm is an infringement on gun rights. He also cites so-called “red flag” laws that lets police or family members get a court order to temporarily remove weapons from someone who may be a danger to themselves or others. “It does away with your right to be able to face an accuser. It does away with your right to jury by your peers,” he says, “and further it completely does away with the entire premise that our judicial system was set up upon which is you’re innocent until proven guilty and instead it says you are guilty until you are able to prove your innocence.”

The supervisors held a public hearing before their unanimous vote before becoming the first county in Iowa to adopt the policy. One resident said it was an important pre-emptive move as the Biden Administration pushes for new gun laws. Others said there was no need for the resolution or objected to the concept. Hardin County Supervisors are scheduled to consider a similar move today.