You are here: Home / News / State Representative John Landon has died at age of 71 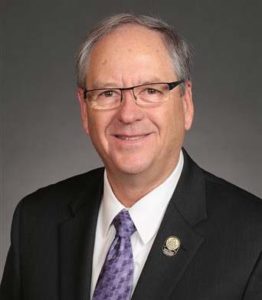 A central Iowa man who’s been a member of the Iowa House since 2013 has died.

Seventy-one-year-old John Landon, a Republican from Ankeny, was reelected to a fifth term in the Iowa House last November.

A post on Landon’s Facebook page announced he was surrounded by his family as he died this afternoon.

Landon, who grew up near State Center, enlisted in the Navy Seabees and served in Vietnam before a career in agribusiness. Landon had managed grain elevators before joining a farm management and ag real estate firm called the Peoples Company in 2002. Landon retired in 2012 when he first ran for the Iowa House.

House Speaker Pat Grassley issued a written statement calling Landon a humble public servant who was dedicated to his work in the Iowa House “all the way until his final day.” Governor Reynolds issued a statement describing Landon as “a trusted, genuine and caring person.”