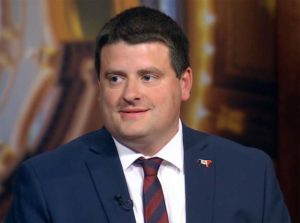 House Speaker Pat Grassley suggests Plan 1 outlining new congressional and legislative district borders will be the sole focus of the October 5 special legislative session — and no other bills with be voted upon.

Grassley, a Republican from New Hartford, says making a decision to vote “yes” or “no” on the first plan isn’t something that should be rushed.

“This is a decision for 10 years,” Grassley says. “….I think you have to make sure you really think through and take all the factors in play.”

Iowa’s redistricting process is different from other states where the political parties in power draw new districts to benefit their party. The non-partisan Iowa Legislative Services Agency drew the district boundaries in Plan 1, based on criteria outlined in state law.

“It continues to be talked about, you know: ‘Who’s going to keep what majorities? and ‘Who’s thrown in together?’ and I’d remind Iowans that’s not really what you weigh the criteria on. You want to make sure you’re keeping counties together, that there’s equal representation,” Grassley says, “so we’re looking through all of that, trying to get input from the members, see what they’re hearing back home.”

Grassley says while unanimous agreement among the 59 House Republicans would be nice, it’s unlikely.

“I don’t think it’s ever been an expectation of a redistricting map to have everyone vote for it,” Grassley says, “because there’s some members that just may not feel that’s a good district for their constituents.”

Three public hearings were held last week and the majority of people who spoke or submitted written comments urged the legislature to approve this first redistricting plan.

“To draw a map in this state with the way the population shifts have been made, I don’t think you necessarily have an unfair map by any means for either party necessarily,” Grassley says. “You should not be passing a map based purely on political motives. That’s not one of the criteria we’re supposed to follow.”

Grassley made his comments this weekend on the “Iowa Press” program on Iowa PBS. If the legislature rejects Plan 1 for redistricting on October 5, the Legislative Services Agency will go back to the drawing board and develop a second plan for lawmakers to consider.