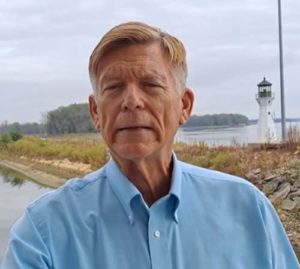 A fourth candidate has announced he intends to compete in the Iowa Democratic Party’s 2022 Primary for U.S. Senate and the chance to challenge Republican Chuck Grassley’s bid for an eighth term.

Seventy-one-year-old Bob Krause of Burlington ran unsuccessfully for the party’s Senate nomination in 2010 and 2016. He released a recorded statement on YouTube.

“I was eight years old when Grassley was first elected to the Iowa House…and then I saw him move on to the U.S. House and the United States Senate,” Krause said, “and 41 years later I can tell you those 41 years were not good for Iowa and they were not good for the nation.”

Krause said he’s running because he fears Republicans will try to sabotage the 2022 election.”We are in the midst of a gathering storm and this election is about saving our democracy from destruction,” Krause said. “Simply put, I can to be part of the solution.”

Krause announced in 2013 that he would run for governor, but he endorsed another candidate a few months later and did not file the paperwork to have his name on the 2014 primary ballot. In the 1970s, Krause served three terms in the state legislature. In 1978, he ran for state treasurer, losing to the Republican incumbent.