You are here: Home / News / DOT has plow trucks tuned, tested and ready for snow 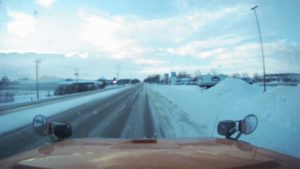 The Iowa Department of Transportation is already gearing up for the season ahead, even though the start of winter isn’t officially until December 21st.

DOT Winter Operations Administrator Craig Bargfrede says preparations are well underway to fight snow. “We’ve been doing a lot of maintenance on the trucks, on the equipment, making sure everything is functioning properly, making sure trucks are outfitted properly, getting blades replaced, calibrating trucks,” Bargfrede says. “We’ve been doing a number of training events.”

The agency typically brings on more than 600 temporary workers during the winter timeframe, with many of them becoming snowplow drivers. So far, only about three-dozen of those 630-plus jobs have been filled.

“But that’s really kind of a function of the weather and the kind of year as well,” Bargfrede says. “A lot of the folks that apply and that we hire as seasonal employees, a lot of them are farmers, a lot of them work in construction and other areas that are still real busy this time of year.”

The DOT has 101 maintenance garages statewide that employ more than 1,000 full-time equipment operators, mechanics, and supervisors. Those garages house the agency’s 902 trucks, 42 motor graders, and 32 tow plows. As far as the agency is concerned, we’re already in winter and it started October 15th.

“That’s the date we’ve had in our policy for many years as the first date that we have to be prepared to do some kind of treatment, somewhere in the state, on the roadways,” Bargfrede says. “You may remember last year, around the 18th or 19th, we had that snow squall that came through that brought a real dose of reality to everyone.”

DOT officials have already been meeting with officials from the National Weather Service and other agencies to get a solid feel for what icy perils may lie ahead.
“What we’ve heard is that it sounds like we’re going to have a winter that could be above -normal temperatures but also above-normal precipitation,” Bargfrede says, chuckling. “Talk to us in April and see if that prediction comes to fruition.”

Salt is a valuable snow-fighting tool, both in chunks and mixed with water to form a brine solution. While salt has been in short supply in previous years, Bargfrede says Iowa has an excellent stockpile of some 240,000 tons of salt.