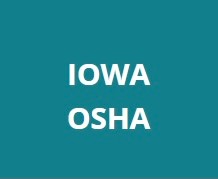 The Iowa Occupational Safety and Health Administration has issued a more than $28,000 to operators of the kosher meat processing plant in Postville where two workers were injured in an explosion earlier this year.

The Cedar Rapids Gazette was first to report the fine had been levied against Agri Star Meat and Poultry for the February 15 explosion. The incident happened in the plant’s docking area after the line to a propane tank was ruptured by a fork lift.

According to documents obtained by the newspaper, Inspectors reported the area was covered in ice as well as manure, feathers and dirt and that contributed to the accident, as well as another worker’s slip and fall back injury six days before the explosion. Iowa OSHA also cited Agri Star for failing to regularly evaluate and train the operators of industrial trucks at the facility.

State officials say the company has paid the fine.