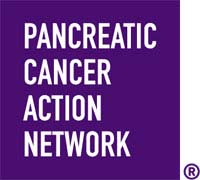 It was one year ago today that longtime “Jeopardy!” host Alex Trebek died from pancreatic cancer and Iowans who’ve lost loved ones to the disease are working to raise awareness in his honor.

Mike Schreurs, a volunteer with the Iowa chapter of the Pancreatic Cancer Action Network — or PanCAN, says better awareness is the first step toward solving the problem.

“Being aware of what pancreatic cancer is all about is certainly going to help us get closer to a solution,” Schreurs says, “which is a better survival rate on the part of those patients and caregivers and families who, in one way or another, might be touched by pancreatic cancer.”

Pancreatic cancer is the third-leading cause of cancer-related death in the United States. With the holidays approaching, many Iowans will be around family in the coming weeks and it may offer an ideal time to have a conversation about the risks.

The experts suggest if there’s a family history of this deadliest of cancers, testing is likely warranted. “Certainly, if there has been pancreatic cancer in your direct family, then it is something you should be thinking about and talking about, and perhaps learning more about what those tests might be,” he says.

The five-year survival rate for pancreatic cancer is only ten percent, so just one in ten people who are diagnosed come through the ordeal alive. That ten percent rate, while meager, has actually improved in recent years.

“When my wife was initially diagnosed with pancreatic cancer in 2013, it was four or five percent,” Schreurs says. “So there is some progress but the progress has to double and then it has to double again until we get to the point where the great percentage of people who experience this have an opportunity to survive it.”

By comparison, the five-year breast cancer survival rate is 95 percent. It’s estimated 600 people will be diagnosed with pancreatic cancer in Iowa this year and more than 500 of them will die. The fast-moving disease is difficult to diagnose because the symptoms can be vague and are often ignored until it’s too late.

They include abdominal pain and back pain, changes in stool, yellowing skin, weight loss, appetite loss, and a feeling of being full after only eating a little food. Learn more at www.pancan.org.