You are here: Home / News / New space telescope should allow for deeper gaze into the galaxies 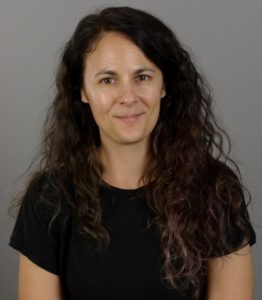 A University of Iowa researcher is eager to see what NASA’s newest telescope is able to find at the edges of the universe. The James Webb Space Telescope is scheduled for launch tomorrow morning.

Hoadley says, “I think it’s going to be our best shot at trying to identify signatures of life around these other planets.”

The Webb telescope is designed to see infrared light just now reaching Earth from the first galaxies created after the Big Bang.

Hoadley studies how stars form out of clouds of gas. She says with the Webb telescope, scientists will be able to essentially look back in time to see how the process worked in the beginning.

“The Big Bang created the universe, but then how did we get from there to today where we see galaxies all over the place, and we see those galaxies full of stars and we have planets around all these stars,” she says.

The Webb telescope is more than double the size of the Hubble telescope. Hoadley says the data captured by the Webb telescope will all be archived and will eventually be made public for researchers around the world.