You are here: Home / News / Class of 2022 announced for Iowa Rock’n Roll Hall of Fame 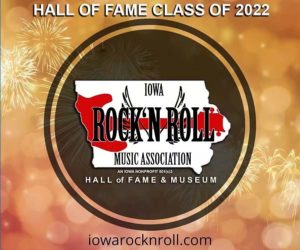 This year’s inductees into the Iowa Rock ‘n Roll Hall of Fame are being announced for what will be the organization’s 25th anniversary year.

Executive director Clay Norris says one of the individual inductees will be the late Tommy Bolin, a Sioux City native, who was a guitarist and songwriter for bands including Deep Purple, The James Gang, and Zephyr.

“He has not been inducted to date,” Norris says. “He had been through a band, but it is wonderful to finally give him the notoriety that he deserves from his career, and then also, his brother, Johnny, is being inducted the same year.”

Norris says another Iowa artist who’s being honored with the association’s Spirit Award this year is 24-year-old singer Maddie Poppe from Clarksville.

“Maddie is one of these up and coming stars that has already reached national notoriety as being the American Idol champion in 2018,” Norris says. “What a wonderful young lady and a great ambassador for the state of Iowa and just music in general.”

The induction ceremony weekend at Arnolds Park is September 1st through the 4th. There will be an opening ceremony, the guitar marching band, an autograph party, Iowa Rocks Talent Contest, and Inductee Meet and Greet.

The Iowa Rock ‘n Roll Induction Ceremony and Concert will be on September 4 at the Roof Garden. Learn more at www.iowarocknroll.com