You are here: Home / News / Bill would allow shipping of alcoholic spirits made in Iowa 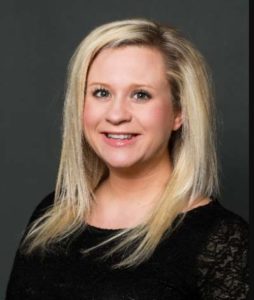 A bill to make it legal for Iowa distillers to ship spirits like whiskey and vodka directly to customers in Iowa and other states has cleared initial review in the Iowa House, but that may be as far as it goes in the 2022 legislative session.

Under current law, Iowa wineries may ship their products via FedEx, but distilleries cannot. Republican Representative Megan Jones of Sioux Rapids is sponsoring the bill on behalf of Century Farms Distillery in Spencer, which is making whiskey from corn raised on local farms, including hers.

“We are having problems being able to get this product into the hands of people who want to keep it as a family memento…so this is an attempt to do that,” Jones said.

Marquas Ashworth is an entrepreneur who’s making Ziyad (ZY-ad) Rye Whiskey in Des Moines, which is being sold in 500 stores in seven states. He spoke in favor of the bill during a House subcommittee meeting this morning.

“In order to ship nationwide what we have to do right now is pay someone in Florida, ship the stuff, wait for it to ship from there to our consumers,” he said. “…Especially for someone like me — I have over 200,000 social media followers — I could probably sell 5000 bottles a month.”

A legislator who gave the bill the green light to get it out of subcommittee indicated the bill needs more work before he’d agree to let it advance farther. Distributors object to the bill. David Adelman, a lobbyist for the Iowa Wholesale Beer Distributors Association, said the guardrails in current law exist for a reason.

“We’re not selling Doritos or corn flakes,” Adelman said. “We’re selling hard alcohol and this is a dangerous, highly-regulated product.”