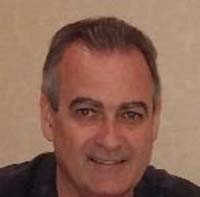 The Dubuque County Treasurer has resigned after being arrested in a prostitution sting.

Sixty-year-old Randy Wedewer is among 11 men arrested last week at a Dubuque hotel. Authorities say the men responded to social media posts from police who were posing as sex workers.

The Dubuque County Board of Supervisors appointed Wedewer as county treasurer in early January to replace the county’s long-time treasurer who retired. Wedewer had worked in the Dubuque County Treasurer’s office for 33 years. He submitted his resignation on Friday.

The Dubuque County Auditor announced Wedewer’s resignation at 8 p.m. Friday and, by law, the auditor is now the acting treasurer for Dubuque County. According to a written statement released by the auditor, the county’s board of supervisors “will meet in the coming weeks to determine next steps.”

County treasurers are elected to four-year terms and voters in all 99 counties will have a chance to vote for a county treasurer candidate this November.