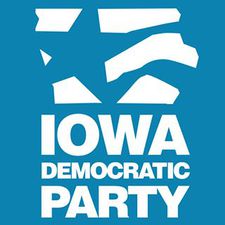 The chair of Calhoun County Democrats is urging the state party to take a stand against land seizures for the carbon pipelines being proposed in Iowa.

Emma Schmit is a member of the Iowa Democratic Party’s State Central Committee. “Come out and support rural Iowa. We’ve seen Democrats continuously lose votes and this would be a huge opportunity to finally start moving that needle back,” Schmit said. “Instead, we’re choosing to just sleep on the issue and ignore it.”

This weekend, Schmit proposed that the Iowa Democratic Party’s governing board pass a resolution opposing development and construction of carbon pipelines, but it was tabled.

“The debate was cut off almost instantaneously before we could even explain why it’s so critical that the Democratic Party speak out in support of the impacted landowners and the communities that are going to be threatened by these pipelines,” Schmit said.

The Iowa Democratic Party’s 2018 platform supports “carbon sequestration,” but opposes “eminent domain abuse.” Schmit said there will be efforts this weekend at county conventions to try to ensure the Iowa Democratic Party’s 2022 Platform includes a plank opposing carbon pipelines, but Scmit argues no one reads the platform and a statement now from the party’s governing board would be more effective.

“In 2017, we saw resolutions about supporting the folks up at Standing Rock,” Schmit said, referring to the Standing Rock Sioux Tribe that opposed construction of the Dakota Access pipeline.

Erin Moynihan, a spokesperson for the Iowa Democratic Party, issued a written statement, saying a majority of the state central committee had decided against having the party a position for or against the carbon pipelines.

“The Iowa Democratic Party is made up of numerous passionate and active grassroots individuals who are involved in their diverse communities,” she said. “We support and courage a broad coalition of groups who uphold our Democratic values and candidates.”

Schmit is an Iowa-based organizer for Food and Water Watch, an environmental group, and she recently spoke at an anti-pipeline rally at the Capitol.

Pipeline developers say it’s wrong to change state regulations in the middle of the project and say they have gained hundreds of voluntary easements from Iowa landowners.