You are here: Home / News / Money for Iowa airports, locks and dams in federal spending package 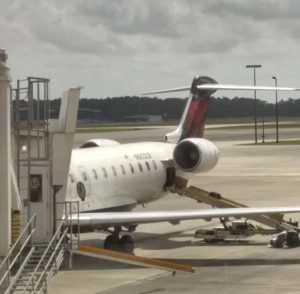 Three of the Iowans who serve in the U.S. House are touting items in the spending bill that will keep the federal government running through the end of September.

“We’ve got a lot in there that’s really great for Iowa,” said Congresswoman Cindy Axne, a Democrat from West Des Moines.

Axne said more than $10 million is included for projects in her third congressional district, including $1 million for expansion of the Stanton Child Resource Center and more than $3 million to repair storage tanks at the Des Moines Airport.

Republican Congresswoman Ashley Hinson of Marion says the bill includes $45 million for Mississippi River locks and dams in Clayton County and a million dollars for improvements at the Independence airport. Congresswoman Mariannette Miller-Meeks, a Republican from Ottumwa, says the plan has money for sewer projects in Burlington and Ottumwa as well as $2 million for reconstruction of Iowa Highway 38 in eastern Iowa.

The massive federal spending package was necessary because a temporary budgeting plan is expiring this weekend. Axne says she’ll “always vote to keep government open,” but she has had to vote for nine of these emergency spending packages since she became a member of congress in 2019.

“Many of us are very, very, very frustrated with it, newer members like myself who know we should be doing better than this,” Axne says, “so listen, we’ve got to fix this problem that we have and do better by getting the budget complete and working for the country in such a way that we don’t have these arguments right up until the bitter end.”

The federal fiscal year starts October 1st — and 1997 was the last year congress adopted a federal budget before that deadline.