You are here: Home / Agriculture / Poultry producers on edge with confirmation of bird flu in state 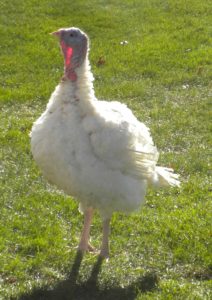 The confirmation of highly pathogenic avian influenza in a commercial turkey flock in Buena Vista County has increased the anxiety among poultry producers.

Morgan Minnehan is a spokesperson for the Iowa Turkey Federation. “It worries us it hurts our stomachs, you know our farmers provide good care for these birds and have the emotional connection with them,” Minnehan says. They remember the devastating bird flu outbreak in 2015 that led to the death of thousands of birds at a cost of one billion dollars.

Minnehan says prevention measures have stepped up since that outbreak. “We’re always doing those biosecurity efforts. When we have disease confirmation it’s just a heightened double-checking everything, making sure those biosecurity plans are being implemented times ten. What we learned from 2015 is the faster we get those birds euthanized the less animal suffering we have and the less chances for spreading the disease,” according to Minnehan.

Migrating waterfowl bring the bird flu into the state and she says producers keep an eye on a migration tracking program. “It just kind of shows roughly how many birds are in migration during that time and those migration patterns, she explains. “So, always monitoring those and making sure that the line of separation is there on their farms to not bring disease into their barns if it is located outside.”

Minnehan says everyone can help prevent the spread of the bird flu by being aware of what to do.
“If you come from a site where there are poultry — or you have a backyard flock yourself — just get familiar with those resources. Get your biosecurity plan implemented and just monitor where you can to just mitigate the spread and help all poultry producers in the state of Iowa,” she says.

Minnehan says Iowa ranks seventh in turkey production and fifth in processing nationwide — as a majority of the turkeys are used for lunch meat and other turkey products. She reminds everyone that the bird flu doesn’t impact humans.

“High path AI doesn’t put a health risk in anything that goes into the meat counter or into those deli meats and other processed items. It is safe for consumers to eat,” Minnehan says. “Our farmers on a regular basis — whether a High Path outbreak or not — are always testing and doing blood samples to ensure that a safe product will be in the stores.”

Minnehan says turkey producers are limiting access to farms, washing truck tires, and doing intense cleaning and sanitization of equipment and work boots to try and prevent the spread of the disease.