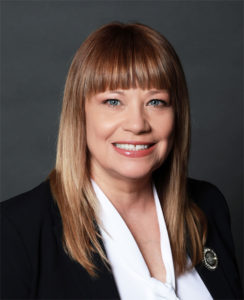 The Iowa legislature is working on a bill to address the surge in thefts of catalytic converters — easily accessible vehicle parts that are attached to exhaust systems to reduce pollution.

Representative Cherielynn Westrich of Ottumwa says it costs as much as $3,000 to get a stolen catalytic converter replaced.

“I’ve heard many personal stories of those who have had it happen repeatedly outside the same apartment, so we do have a problem,” she says. “What this bill does is make sure that there’s a paper trail for those who would break the law and to give a tool to law enforcement when they’re trying to find the person who stole that catalytic converter.”

According to the insurance industry, there was a 325% increase in catalytic converter thefts from the beginning of 2018 to the end of 2020. Westrich says officials in her local transit authority tell her catalytic converters have been stolen from many buses, too, “and so they have to figure out a place to house their buses and other vehicles so that people don’t steal their catalytic converters.”

Someone who steals a catalytic converter can get something in the range of $500 for it, as it contains precious metals that can be extracted once the part is melted down. The bill requires sellers to show recyclers and scrap metal dealers either a receipt showing they’ve purchased a replacement catalytic converter within the past month or the certificate for a vehicle that’s recently been junked. Recyclers and scrap metal dealers are to keep a confidential log of that paperwork, too.

“That’s to give our great law enforcement tools to prosecute those who would steal things — specifically catalytic converters,” Westrich says.

Representative Charlie McConkey of Council Bluffs was part of a subcommittee that worked on the bill.

“This is good legislation that we’ve needed because there is a huge uptick in catalytic converter thefts,” McConkey says.

The Iowa Senate must agree to a slight change the House made in the bill before it can go to the governor for her approval. Last year, nearly a dozen states passed laws designed to deter thefts of catalytic converter thefts.