You are here: Home / News / Heat wave hitting as we start the week 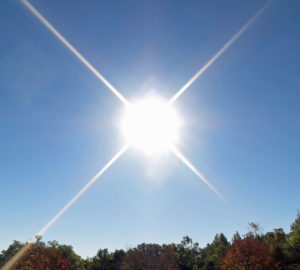 Forecasters say another heat wave is going to hit Iowa this week and we are just hitting the first day of summer Tuesday, so there are plenty of hot days are ahead.

Carla Johnson, a nurse at Van Diest Medical Center in Webster City, says their emergency room is already seeing patients suffering from heat-related illnesses, some with body temperatures up to 106 degrees.

“The body will normally cool itself by sweating but then sometimes sweating just isn’t enough,” Johnson says. “When we get into serious cases, a person’s body temperature rises rapidly and then, if it gets too high, it can actually damage the brain or other vital organs.”

Residents in the southwestern U.S. might crow about how “it’s a dry heat,” and there’s something to that. Johnson says when Iowa sees high temperatures combined with high humidity levels, the outdoors can rapidly become a much more unfriendly place.

“There’s several different things that the body tries to do to cool itself,” Johnson says, “but it gets really challenging when the humidity is high because the sweat won’t evaporate as quickly, and when that happens, it prevents the body from releasing the heat quickly.” Some of us may be more susceptible to injuries from the heat than others.

“Children up to four years of age, they’re at greatest risk for heat-related illnesses,” Johnson says, “along with folks that are 65 and older, folks that are overweight, and then people that are ill or if they’re on certain medications.” Heat exhaustion can worsen to become heat stroke, which is when the body starts to shut down important systems — and heat stroke can be deadly.

Johnson says, “Some of those symptoms would be extremely high body temperature, red, hot and dry skin where there’s no sweating, rapid or strong pulse, if you have a throbbing headache, dizzy, nausea, confusion, and even some folks can actually pass out.” Heat stroke can be fatal or cause permanent disabilities if not treated correctly and quickly.