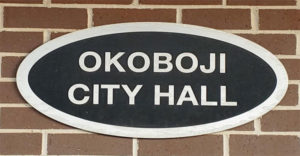 Ten million Americans camped for the first time during the height of the pandemic according to Campgrounds America and — with the popularity of RV campgrounds growing — a city in the one of Iowa’s tourism hot spots is reviewing its zoning rules for RV parks.

Okoboji City Administrator Michael Meyers says RV camping is currently allowed in his city’s commercial district along the Highway 71 corridor. “It just kind of came up here and we kind of started doing a hard look at our own zoning text and trying to figure out how we fit into that puzzle,” Meyers said. “I think the feel of the community is that we want to make that a conditional use moving forward.”

Making property use conditional in a commercial zone gives Okoboji residents a chance to provide input. “Our zoning districts are generally split into two different sections: permissible uses and conditional uses,” he said. “Conditional uses generally require much more approvals from the city including going through the Planning and Zoning Commission as well as going to the Board of Adjustment, notification of neighbors and just some heightened regulations around the specific use.”

Okoboji’s Planning and Zoning Commission will meet soon to consider these changes, which would ultimately have to be approved by Okoboi’s City Council. According to the RV industry, more than 50 new campgrounds and RV parks opened this summer in the United States.