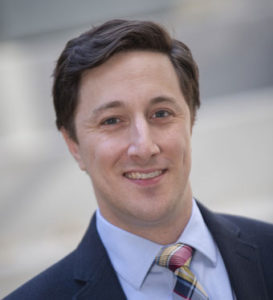 A University of Iowa law professor says there are “practical guidelines” in a bill to update how the Electoral College count for president is conducted. Derek Muller advised the bipartisan group of senators who developed the bill.

“The risks of failing to enact the Electoral Count Reform Act of 2022 are significant. Some have attempted to exploit ambiguities over the years, most significantly in 2024,” Muller said during a Senate Rules Committee meeting today. “To leave those in place ahead of the 2024 election is to invite serious mischief.”

The bill would make clear the vice president’s role as congress counts the votes of state electors is merely ceremonial. Also, under current law, one senator and one representative are able to lead an objection to a state’s electoral count. The bill raises
the objection threshold to one-fifth of the members of the House and the Senate.

Making changes in the 135-year-old Electoral Count Act is a priority for congressional leaders of both political parties.

“Congress must develop neutral, sensible rules well before any dispute arises in a contested election,” Muller said. “…A series of significant problems in the election of 1872 left unanswered questions and they remained unanswered ahead of the contested election of 1876, which threw the United States into a catastrophic election crisis. Even after that, congress could not find consensus until 1887.”

A bipartisan group of 15 U.S. Senators recently introduced their proposed update. “This bill has seven important components which are reasonable and practical ways of handling future disputes,” Muller said.

Muller teaches classes in election law and federal courts in the University of Iowa College of Law.