You are here: Home / Human Interest / Bridge near Colfax renamed for Medal of Honor recipient 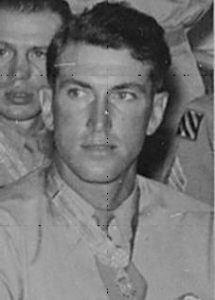 Colfax city administrator Wade Wagoner, says Briles was a Colfax native and World War Two Medal of Honor recipient.
“His grandson — a guy by the name of Brian Briles who was the former mayor of Monroe — presented me with this idea to rename the bridge in Colfax which is just north of our downtown in honor of his grandfather,” Wagoner says.

Sergeant Briles braved German gunfire in 1944 to rescue men from a tank destroyer in his platoon that had been hit and set on fire. The next morning, Briles used his machine gun to pour fire into the enemy ranks — which led to 55 Germans surrendering and the opening up of a junction between American units which had been held up for two days. Later the same day, when another of his destroyers was hit by a concealed enemy tank, he again with the help of another soldier, evacuated two wounded under heavy fire and, braved death from exploding ammunition to put out the flames.

Wagoner says there is another honor for Briles as well. “In addition to the bridge, we’ll be raising a flag in his honor kind of on our cell tower. It’s quite a large flag. We’ve had a flag up before but it’s been down for quite a while and we were able to get another flag,” he says.

Wagoner says Briles survived the war and returned to his hometown. “He was presented his Medal of Honor by President Truman and he decided to make his life here in Jasper County. And he, I believe raised three boys and a lot of them are still in the area,” Wagoner says.

Briles didn’t talk about the things he did in the war with even his own family. “By all accounts, he was a very humble man and very rarely spoke of the war or his medal or his accomplishments,” Wagoner says. Briles died in 1994 at the age of 84. the bridge dedication is Saturday at 10 a.m.