You are here: Home / News / Officials in Spirit Lake district have plan for armed school staff 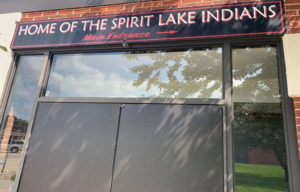 The Spirit Lake School Board held a special meeting this week to share a plan to increase security on school grounds and possibly school events. School officials say the goal is to have 10 anonymous staff members on school grounds who would carry a concealed gun.

Superintendent David Smith says none of the 10 would be teachers, as he wants to keep guns out of classrooms, but having others inside the building who are armed is key to responding to an active shooter.

“It comes down to statistics and what the experts are telling us on the best way to limit loss is quick action in addressing a shooter,” Smith says.

Spirit Lake has security measures in place to limit access to school facilities. Angela Olsen, director of special projects for the district, says tragic school shootings elsewhere involving students shows that may not be enough.

“That raises our level of concern as well that they could also have access to our buildings,” Olsen says.

The ten people sanctioned by the Spirit Lake district to carry a concealed weapon on school grounds will have to complete a five-day, 40 hour training course conducted by a Dickinson County deputy sheriff and have a license to carry a firearm. Spirit Lake school officials say statistics from school shootings show a large portion of casualties occur in the first few minutes and this plan is a way to speed up the response to an active shooter and lower the risk of injuries and fatalities.