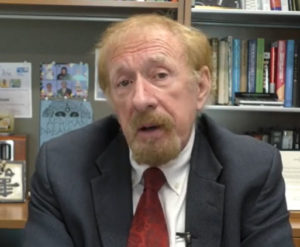 Creighton University Economist, Ernie Goss, says student loan forgiveness ends up being a windfall for colleges and universities — but he’s not in favor of them.

“As a member of the academic establishment, if you will, I’m not very positive about that. I’m on the conservative side, meaning if you borrow to pay it back,” Goss says.

Goss says one problem is schools end up raising tuition and he says it has negative impacts on what is sometimes thought of as income inequality. “In other words, you’ll get more income inequality because, again, you’re taking taxpayer money that comes from the broad range of taxpayers and it goes to those who have borrowed heavily in some cases, and their college graduates may have them and now they’re getting a win a windfall,” he says. “So in that respect is as also not good. From an economic standpoint, either.”

Those who support loan forgiveness say the recipients will spend the money they would have paid on the loans on other things and also help cut inflation. “Well, you could alternatively fly across the U-S and a helicopter and throw money out the side of the helicopter, and that would be spent as well. The problem with that of course is, that it will continue to inflation,” according to Goss. “Now, I don’t think it’ll have much of an impact on inflation. But if it did, the amount it does, will have a positive impact or increase inflationary pressures.”

Goss conducts the Midwest Economic survey of purchasing managers, and he also surveys rural bankers. He says inflation has been a big issue in keeping the economy from a faster recovery. Goss doesn’t believe the recently passed Inflation Reduction Act will help — nor do rural bankers. “Nine out of ten of bankers think it’s not going to have the desired impact, in other words, it is probably going to increase inflationary pressures. At the same time, it probably will increase the deficit,” he says.

Goss doesn’t think the plan will recover but the tax revenues the administration has touted. “Nor will the stock buybacks — in other words — the idea of companies that do stock buybacks, there’s a one percent tax on that. You probably won’t get the stock buybacks you think you’re gonna get, so the revenues are not there,” Goss says. “So all in all, again it will probably contribute to a little bit higher inflation. And that’s what the Congressional Budget Office thought as well.”

Goss’s survey that came out earlier this month showed the midwest economy has been moving along pretty well despite issues with inflation, shortages of workers, and still some supply chain disruptions and slowdowns.