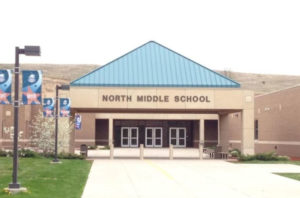 Sioux City police were able to quickly arrest two people who allegedly drove by students leaving school and fired an airsoft pistol at them Tuesday.

Sergeant Jeremy McClure says, “Shortly before school dismissed couple of North Middle students were walking back to the school from the track at North High School when a car that was driving past them on Buckwalter drive discharged in airsoft BB gun at them. A couple of students were struck in suffered very minor injuries.”

McClure says the school resource officer responded and the two suspects were taken into custody quickly.”The big thing is that they have been identified and luckily it was just an airsoft gun so there’s no further concern that they may be out doing this to other people,” he says, “and again the officers are notified in a timely manner and we’re able to address this quickly and get these people identified and deal with them.”

The school district put all elementary schools on lockdown after the shooting was reported until the two suspects were arrested. The two juveniles were taken to the Woodbury County Juvenile Detention Center on multiple counts of assault.

McClure says the two also allegedly shot another high school student and a delivery driver around the same time as the school incident.