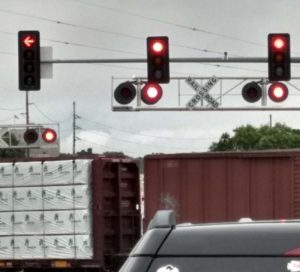 The Department of Transportation is recommending several awards for rail projects to be voted on for approval by the Transportation Commission next month.

Rail director, Amanda Martin, says one recommendation is for a Buena Vista County business. “Platinum Crush is building a new soybean crush plant that will procure soybeans and process them into livestock feed and vegetable oil. The $37 million plan includes a private loop track that can accommodate five unit trains. She says the recommendation is for a loan and a grant.

“This will create 51 jobs at an average of over 22 dollars per hour. And the total project costs for this rail improvement is over 14 million dollars,” she says. “We’re recommending a loan award of  $2 million  and a grant for $612,000.”

A Woodbury County project is also recommended for state help. “The Floyd Valley transload. They’re building a transload for shipping to and from the Sioux City area. The proposed project will add the needed rail infrastructure, so including a switch and a track to create to translate and connect to the BNSF railroad,” Martin says.

Ice Cap Cold Storage in Council Bluffs would also get funding. “So phase two of this cold storage project includes 1,458 feet of rail track in spurs that will provide access to the newly under construction Ice Cap cold storage facility, and then future expansion,” according to Martin. This project is anticipated to create 48 jobs and the recommendation is for a loan of $503,315  and a grant of $576,000.

A project in Clayton County will help Pattison Sand. “The project will continue construction of rail to add an additional 400 feet of track for three rail spurs. The total project cost is $2.7 million — and we’re recommending a loan of one-million-650-thousand dollars,” Martin says.

Two rail feasibility studies are also part of the recommendations. “The Mills County Economic Development Foundation seeks to develop approximately 217 acres of land located south Pacific Junction into a rail port transload facility,” she says. Funding is also recommended for the Boonville North load transit transload facility study. The state Transportation Commission will vote on approval of the recommendations at its next meeting.