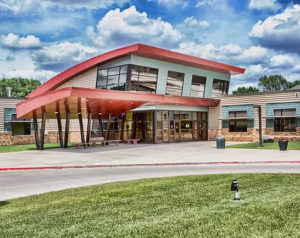 The Pocahontas Area Schools superintendent is responding to a petition that challenges his ongoing employment with the district.

The petition regarding Joe Kramer cites concerns over issues including staff turnover, declining enrollment, alleged retaliation, spending issues, and a possible hostile working environment. Those issues were brought up by several residents during the public comments session at this week’s Pocahontas Area school board meeting.

“We’re listening. I’m listening to the concerns of those coming to board meetings and we’re utilizing the resources as effectively as I think we possibly can to best meet the needs of students and to address as many of the concerns of the community as we can,” he says. “We can always use more resources but we’re continuing to improve, I believe, focus on improving the district’s educational services being offered.”

The district has recently moved the locations of the board meetings to better accommodate the public, and has also improved its live streaming service. Kramer says the topics mentioned in the petition signed by more than 230 residents have been shared in recent months, and he says to his knowledge there have been no claims to back up any of the concerns.

“Every school district, especially rural school districts have challenges associated with budgets. We’ve got limited funds coming in, new monies coming from the state. And for those districts that are growing quickly, that does not translate into a lot of new money,” Kramer says. “I believe our wages are competitive. The board offered retention bonuses for returning contracts last year to all employees. But, I’m not going downplay the fact that these are difficult times for everybody.”

Kramer says all small, rural districts faced challenges during the pandemic, and he doesn’t believe Pocahontas Area is unique in that regard. Kramer says the school district doesn’t have the power to change all of the things that residents are frustrated about. No action was taken at Monday’s meeting as the Department of Education and school attorney advised the district a petition is not a means for the school board to change an employment decision.

Kramer says the board is likely continuing the process with legal counsel. The Pocahontas Area school board president hasn’t responded to a call for comment.