You are here: Home / Education / Lecture in Atlantic to focus on women working on the railroad 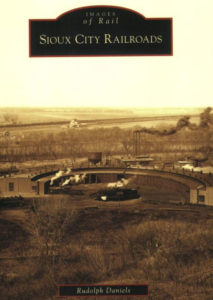 A railroad history expert is presenting a weekend lecture in Atlantic about the important role women played in the development of the rail industry over the past century.

Author and historian Rudolph Daniels is calling his talk “She’s Been Working on the Railroad,” and he says it will include more than an oral narrative. “You’ll actually see photos of women working on the railroad in various capacities, including some women railroad presidents, and those who worked for the Federal Railroad Administration and the Surface Transportation Board,” Daniels says, “and these are women who are making decisions that are industry wide.”

Daniels says many of the women who worked on trains in the late 1920s and ’30s were registered nurses.  “Many of them were babysitters,” Daniels says. “When parents wanted to dine, let’s say in greater silence than having the munchkins around. They even had a car that had an area that was like a play area for children, whereby they were overseen by a nurse, a babysitter.”

He says that concept inspired having nurses as flight attendants on passenger planes in the 1930s. Daniels says he’ll appear for the free lecture in an antique conductor’s uniform. It’s scheduled for 2 p.m. Sunday at the American Legion Memorial Building in Atlantic.