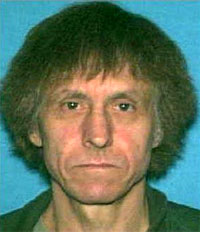 Waterloo police are asking for the public’s help in a possible homicide investigation.

Authorities are trying to determine what Charles Sires was doing in the 90 minutes prior to his death. The body of the 57-year-old homeless man was found just before 7 p.m. Saturday behind a home near downtown Waterloo.

Investigators have determined that Sires was uninjured and riding his bicycle about 5 p.m. Saturday near a busy city intersection about two miles from where his body was found. Later, at approximately 6:30 p.m., Sires was seen by a witness within a block of the home. The witness told police Sires was still riding his bike, but he had blood his face.

Investigators say Sires had obvious facial and head injuries when his body was found. An autopsy has revealed the man died of head trauma, but the cause hasn’t been determined.

Authorities have released a description and photo of Sires and they’re asking anyone who may have seen him between 5 p.m. and 6:30 p.m. Saturday to call Waterloo police. Officials say the information may be vital in solving the case.