You are here: Home / Military / Soldier missing for over 50 years will be laid to rest today 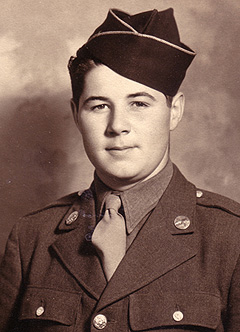 The story of an eastern Iowan who fought in two wars sees its final chapter written today. Clem Boody grew up in rural Independence, helping on his parents’ farm before joining the Army in 1944 and serving in the Philippines and Pacific theater during World War II.

Boody was honorably discharged and returned home to Independence, then reenlisted in 1948 and shipped out for Korea.

Lieutenant Colonel Greg Hapgood of the Iowa National Guard says Boody was a 24-year-old corporal serving with the Eighth Cavalry Regiment, First Cavalry Division of the U-S Army when he disappeared. Happgood says Boody’s unit was overrun by the Communist Chinese on November 1st of 1950 just north of Camel’s Head on the Kuryong River in North Korea.

Boody was reported missing a day later and some 50 years later — Boody’s remains were discovered in the area of the battle. The remains were returned to the United States in April 2007. D-N-A evidence was used to positively identify Boody’s remains. Hapgood says the family had waited 57 years to find out about Booty, and says his mother kept waiting until she died several years ago. Hapgood says Boody’s remaining family will see his remains buried in his home state.

Boody’s dad and five brothers and sisters are all now dead too, but Hapgood says he is being welcomed home by nieces and nephews. The family is holding a memorial service today at 1:30 Reiff Funeral Home, in Independence, followed by a graveside service at Wilson Cemetery, Independence.