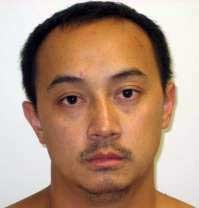 Police in Des Moines say the deaths of two women early Thursday stemmed from a domestic dispute. It happened on the city’s north side. The man responsible for the killings retreated to his home with his three children, but later was captured by cops. The children were not harmed and Des Moines Police Sergeant Vince Valdez says the 32-year-old man in custody has confessed to his crimes.

The Laotian suspect is charged in the death of his estranged wife and another woman, 60 year old Amalia Vasquez, who police say was driving by and witnessed the shooting. "She saw the suspect and she observed him walking away from the scene and told him to stop," Valdez says. "Well, he saw her. He returned back to the street and went to Vasquez car and fired a shot at her, as she was in the car."

The suspect, identified as Nath Inthaboun, was locked in his home with his three kids – ages 1, 3 and 5 – when officers arrived on the scene at 6 a.m. "The officers went up to the house and were going to knock on the door, but they saw the suspect inside with a gun so they backed off, secured the house and called for further direction," Valdez said. A two-hour long standoff ended when officers used stun grenades to gain entry into the home. "The most important piece of this all was just the safety of the children inside. They made the decision to go in there and make sure that they were safe and get them out of there," Valdez says. "We felt that we couldn’t wait any longer, so that decision was made."

Inthaboun was captured and is now charged with two counts of first degree murder for the death of Vasquez and his common-law wife, 32 year old Bounpanh Xayavongchanh. The suspect is also charged with two counts of attempted murder for firing on police officers, who were not hit or injured. "The officers didn’t fire back. We believe that Inthaboun’s weapon may have misfired or he was out of rounds and the officers did not have to shoot up the stairs, kill him or injure the children," Valdez says. "…They were able to subdue him." The three children are now with their grandparents.