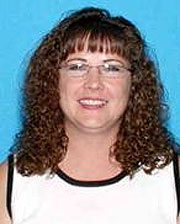 Police in Des Moines say they believe a 41-year-old woman who died of a gunshot wound last Thursday likely knew the killer.

Major Craig Zubrod says investigators think Michele Davis was shot by somebody after a dispute that ended up on a busy freeway.

"We have determined, and believe, that this was somebody that she knew," Zubrod said at a Monday afternoon press conference. "It wasn’t a stranger or a random act."

Davis was driving on Interstate 235 during the Thursday afternoon rush hour when she was shot. Her car veered off the road, leading to a multi-vehicle crash.

No one else was injured. Zubrod says police do have a description of the suspect vehicle, but they are not ready to make that information public. "We have witnesses that were very good, that did see another vehicle," Zubrod said. "Right now, we don’t want to say what that vehicle was because we’re looking for the public to come forward and help us out on this one."

Police do not have any suspects in custody, but admit there are "persons of interest" in the case. Zubrod says investigators need motorists, who saw anything unusual on I-235 between 4:30 and 4:50 p.m. last Thursday, to come forward.

"We believe with that cooperation from the public, and what we’ve got already, we’re optimistic we can solve this thing," Zubrod said. Investigators say Davis was shot once in the head. They believe the shooting happened somewhere between the 63rd Street exit and the 6th Avenue exit as Davis was heading east on the freeway.