You are here: Home / Crime / Courts / "Frost Nixon" play to open in Iowa 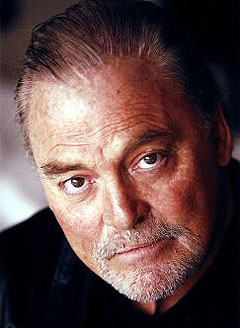 The movie "Frost Nixon" hits theaters across the country in December, but the national premiere of the play upon which the film is based opens in Iowa next week.

The story is a re-telling of the post-Watergate T.V. interview between British talk-show host David Frost and former president Richard Nixon.

Actor Stacy Keach is portraying Nixon and says the historical context of the play is stunning given today’s political environment, as Nixon saw himself as being above the law. Keach says: "When you’re in office, you have to do a lot of things that are not in the strictest sense of the law legal but you do them because they’re in the greater interests of the nation."

Frost then questioned Nixon, asking if he’d done things that are illegal, and Nixon responded, "I’m saying when the president does it, that means it’s not illegal." While the 67-year-old Keach may be best known for his T-V role as "Mike Hammer" in that 1980s detective series, he’s had a long acting career in film and on stage as well.

"I’ve done a lot of Shakespeare and in a way, Nixon has become sort of an iconic, classical American figure," Keach says. "It’s a little bit like doing a Shakespearean role. I’ve enjoyed doing the research, I must say. I’ve discovered things about Nixon that I never knew before."

Keach says Nixon was very self conscious, especially about his appearance, the shadow of his beard and his sweating. He says Nixon also played the piano, but would only play songs in the key of G. Keach says "Frost Nixon" is opening its national tour at the Civic Center of Greater Des Moines.

"Des Moines is very representative and Iowa is very representative of America, I mean, it’s the heart of the Midwest and this play will really get a chance to test the waters there," Keach says. "I hoping the people respond, in a positive way, but I think it’s a great place to start." Opening night is October 2nd. For ticket information, visit: www.civiccenter.org .