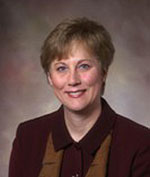 Two women who are members of the Iowa House traveled to Nigeria last month, exiting the country just before violence erupted.

Hundreds of Nigerians were killed in clashes related to a disputed local election in the city of Jos and State Representative Carmine Boal of Ankeny says the delegation visited that area.

"Now, looking back, I can see we were probably in more danger than we knew at the time," Boal says. "But it’s kind of sobering to think those people who were we interacting with may have been some of those who were killed."

Boal was in Nigeria to meet with women politicians there. The group was with a woman running for the equivalent of a county supervisor’s post in Jos — a city which sits at the crossroads of the mostly Muslim north and the mostly Christian south. "We left a little late and it was getting dark and it’s dangerous to travel along the roads anytime, but particularly after dark, so we were rushing along as fast as we could and that’s exactly the area that saw the uprising last week, " Boal says, "so I don’t think we appreciated that enough at the time."

Women have the right to vote in Nigeria, but Boal says it’s hard for women to win a seat at any level of government there. "I admired them for the obstacles they face, that they even are attempting any political office or leadership role in Nigeria," Boal says. "They are brave women."

Boal says there are some areas of Nigeria which accept women as politicians, but in other areas — particularly Muslim-dominated parts of Nigeria — women are expected to follow their husband’s lead and vote as he directs them. There’s a great deal of corruption in the country’s government and politics, too, according to Boal. "A lot of women that are running for office find that the party that they are running under basically prefers a man because the man will be able to offer more money for a vote to pay voters, so she loses on that count," Boal says. "There are just a lot of obstacles."

Despite those obstacles, Boal says she was surprised by how upbeat the women politicians she met in Nigeria were about their plight in life and it made her appreciate the advances women have made in American politics. State Representative Eleisha Gayman of Davenport was the other Iowa women politician who traveled to Nigeria from November 12th through the 24th.

Nigeria is Africa’s most-populous country. It’s about the size of California, with about 140 million residents. Nigeria’s government reported 200 died in weekend clashes, but other sources indicate the death toll is much higher.