You are here: Home / Education / Mason City school board votes for alcohol tests at prom 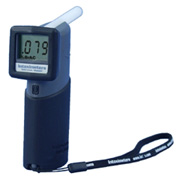 The Mason City School Board has approved a plan to use a breath tester that will indicate if students attending this spring’s prom have consumed alcohol.

The measure passed on a 6-0 vote. Mason City High School principal Doug Kennedy says they want to make sure students have a safe experience.

“Basically, what we’d like to do is insure that our prom is safe as it can be, albeit with some acknowledged intrusion,” Kennedy said. “I’m not hiding the fact that could be an issue, but I think the benefits and concerns that we have far outweigh that being a real significant issue.”

Upon entering the event at Mason City’s Music Man Square, students will have to breathe into a device called an Intoximeter . Kennedy promises that the testing will be conducted in such a way so the students do not “become a spectacle.” The students would enter the testing area two at a time.

Kennedy says students that test positive for alcohol use would not be sent to an office and not seen by their peers. Several other school districts in the state already use the Intoximeter devices for proms and other events. Kennedy said several schools in the Central Iowa Metro League, including West Des Moines Valley, Urbandale and Johnston, all used the Intoximeter.

“In fact, Valley does it for all their ball games,” Kennedy said. Juvenile Court Services has agreed to provide three Intoximeter devices at no charge for Mason City High School officials to use on prom night.