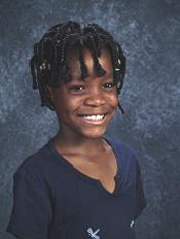 Investigators now say they do not suspect arson in a fatal house fire over the weekend in Des Moines. The fire killed 10-year-old girl Czu Toffoi.

Her grandparents, 65-year-old Sieh Toffoi and 66-year-old Annie Toffoi, are both listed in critical condition at University Hospitals in Iowa City.

Des Moines Police Sergeant Vince Valdez says a 51-year-old man was questioned in the case, but he not considered a suspect.

Witnesses told police they believe the unidentified man started the fire. “No one is being held, it’s still under investigation and no charges have been filed,” Valdez said. “It doesn’t appear to be arson at this time.”

The fire was reported at 9:45 p.m. Saturday at 1043 Martin Luther King Junior Parkway, just north of downtown Des Moines. Valdez says the house was divided into two apartments. Four people on the first floor were able to escape. The Toffois were trapped upstairs. The young girl was alive when she was pulled out of the house. She died on Sunday.

One Des Moines firefighter was hospitalized overnight for treatment of smoke inhalation.