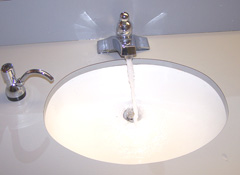 The symptoms include nausea, vomiting, diarrhea and low-grade fever. "You get noroviruses from eating foods or liquids that are contaminated, touching surfaces or objects that are contaminated and then placing your hands on your mouth or having direct contact with another person that’s ill and showing symptoms…for example, if you’re caring for someone that ill or sharing foods or eating utensils with that person," Garvey said.

Victims usually recover in a few days with no long-term health effects, but Garvey says the problem could be completely avoided if ill persons with vomiting or diarrhea would avoid handling food for other people. "We think this is particularly important because we’re going into that season for graduations, weddings and summer parties," Garvey said. "We just want to remind folks of these good hand hygiene recommendations and food preparation practices."

A restaurant and bar at the Marina Inn in South Sioux City, Nebraska has voluntarily closed after dozens of people from Nebraska and Iowa, who recently ate there, became ill. The establishment is expected to reopen on Friday.