You are here: Home / Business / North American SuperCorridor Coalition to Iowa in ’10 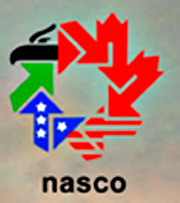 Next summer Iowa will host a meeting of the "North American SuperCorridor Coalition ." The coalition promotes trade and transportation along three corridors that stretch from Canada to Mexico.

Two of the corridors — along Interstates 29 and 35 — pass through Iowa. Governor Chet Culver just returned from the group’s 2009 annual meeting, held in Quebec, Canada.

"We had premieres from four Canadian provinces and four governors from four Mexican provinces," Culver says. Culver and the governor of Vermont were the only U.S. governors in attendance.

In addition to the politicians, business leaders are also part of the North American SuperCorridor Coalition. Many represent transportation-related industries like trucking, airlines, and railroads.

"We talked a little bit about some of the federal money in the American Recovery & Reinvestment Act. There’s $1.5 billion for large infrastructure projects," Culver says. "So one thing we talked about was, for example, is there an opportunity to do something along the I-29 or I-35 corridor, in terms of a project so we’re going to be following up with the Department of Transportation and others on that question."

About half of the goods shipped out of Iowa are exported to Canada and Mexico. In 2008, Iowa shipped $3.8 billion in goods to Canada. Iowa exported $1.9 billion worth of products and agricultural commodities to Mexico last year — mostly cereals, grains and animal feed.

Next year, the North American SuperCorridor Coalition will meet in Des Moines from June 15th through the 17th.

Robert Cheever, general manager at Jebro in Sioux City is on the group’s board of directors. Jebro manufactures and distributes chemicals and petroleum products that are used to build and maintain roads. Dale Vander Schaff of the Iowa Department of Transportation is the group’s treasurer. A lawyer from Kansas City is NASCO’s president.