You are here: Home / Crime / Courts / Des Moines police officers resign in the face of firing

Two Des Moines police officers accused of assaulting a man and woman during a traffic stop last year resigned today shortly before police chief Judy Bradshaw released the results of an internal investigation into the case.

Officers Merced Dautovic and John Mailander were on paid administrative leave for their actions in the September 13th incident involving OctaviousBonds and Erin Evans.

"At each level of review, there was a common finding – that the force used during the arrest of Bonds and Evans was excessive and inappropriate," Bradshaw said. Bonds and Evans were charged but later acquitted by a Polk County Jury of interference with official acts. Bonds was also cleared of an assault charge.

The couple has filed a lawsuit against the officers that claims they pulled Evans out of the car and then beat Bonds with a baton. Bonds suffered broken bones and required staples to close a gash. "The force that was used…did not match the level of resistance offered by Bonds and Evans," Bradshaw said. The officers resigned under the threat of being fired.

"These officers were facing termination," Bradshaw said, "and I allowed them the opportunity to resign their positions." Bradshaw declined to discuss the specifics of what the officers did on September 13th. "There is a lawsuit pending in federal court, so we’re unable to really elaborate," Bradshaw said. 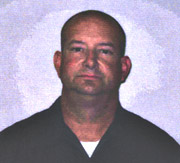 The officers stopped Bonds and Evans for failing to immediately yield to an emergency vehicle. Dautovic and Mailander are both white, while Bonds and Evans are black. Bradshaw says the internal investigation did not find race was a factor in the case. "Our investigation did not indicate that race was a factor in the traffic stop or the officers’ actions," Bradshaw said.

Des Moines city officials have denied allegations that the officers assaulted the couple and have asked a judge to dismiss the federal lawsuit.