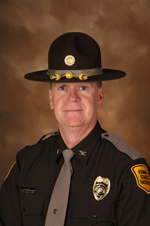 The head of the Iowa State Highway Patrol doesn’t expect troopers will issue many tickets for texting while driving.

A new state ban on writing, reading or sending texts while you’re behind the wheel takes effect July 1st, but law enforcement cannot pull you over simply because they suspect you’re texting.

A driver has to be committing some other traffic violation, like speeding or running a stop light.

“Obviously, because it’s a secondary offense, there has to be a first or primary offense to go with it,” says Colonel Patrick Hoye, head of the Iowa State Highway Patrol.  “So that’s something that we haven’t encountered here before and it will probably make the enforcement a little tougher because, obviously, you’re going to need that first offense.”

Hoye compares the new texting ban with other efforts to remind drivers of their responsibilities to themselves and to other drivers on the road. “If you take a look at some of the things that we’ve been able to address in the past whether it be seat belts or drunk driving and those problems — we came up with a solution to try to find ways to effectively enforce it and we’ve brought down fatality rates because of those and I believe that if we can successfully tackle distracted driving I’m confident you’re going to see fatality rates in Iowa continue to go down,” Hoye says. “And I think this legislation is a great first step in that.”

The head of the Iowa Department of Public Safety says his agency will launch a public relations campaign to encourage Iowa drivers to wait to text or make a cell phone call until they’ve reached their destination and turned their car off.