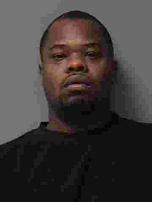 An early morning shooting in a Des Moines residential area left one man dead, another injured. Police were called out shortly after midnight and found both Des Moines men lying near an intersection.

Sergeant Lori Lavorato says one of them had been shot in the chest. Thirty-year-old Daryl Lee Kinchelow died at the hospital. The other man, 18-year-old Jacolby Wright, was shot in the leg. He was treated and released.

Sergant Lavorato says investigators are still trying to determine what sparked the shootings. “At this time, we do not know a motive and we are questioning witnesses right now,” Lavorato says. “Hopefully, after this afternoon, we might be able to find out why this indeed happened.”

It’s also unclear if the men shot each other or if someone else pulled the trigger. Lavorato couldn’t say if either man was found with a gun. “We just don’t know at this point,” Lavorato says. “We believe there’s more involved and we are questioning witnesses at this time.”

No arrests have been made in what Lavorato says is the second homicide in Des Moines this year.