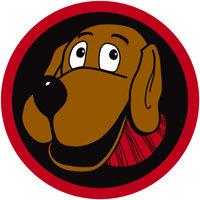 For the second year in a row, a popular Iowa television duo will be honored at the State Historical Museum of Iowa in Des Moines during the holidays. The Duane and Floppy Film Festival will return next week. The museum’s Jeff Morgan says many thousands of Iowans grew up watching Duane Ellett, his puppet dog Floppy, and their cartoons. Morgan says the program was on the air for a remarkable 30 years — from 1957 through 1987.

“A lot of people still remember either being on the show or watching the show on television,” Morgan says. “Last year, we brought out the first annual Duane and Floppy Film Festival and it was so well received — nearly every show sold out — so we decided to bring it back for a second year.” Morgan says last year’s holiday event drew large crowds and they hope to build on that success with another film fest this year.

“They’ll see a one-hour compilation of programs that was put together by Dr. Jeff Stein from the Archives of Iowa Broadcasting up at Wartburg College,” Morgan says. Tickets will be available at the door an hour before each show over the three-day festival. Morgan says people were snapping up Duane and Floppy merchandise last year and the museum store will be well-stocked this year.

A new DVD will be available that will feature Bill Cosby and Adam “Batman” West. There will also be Duane and Floppy t-shirts for sale. The film fest will run next week, December 28-30, with shows at 1 and 7 PM each day. A permanent exhibit at the museum features the original Floppy and a variety of memorabilia. More information can be found on line at www.iowahistory.org.