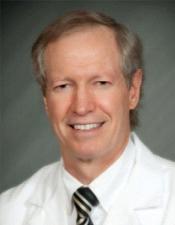 An eastern Iowa doctor is in Washington D.C. this week, sharing his expertice so surgeons there can learn to better treat soldiers who are critically wounded in Afghanistan and Iraq.

Dr. Timothy Loth is the senior hand surgeon at Physicians’ Clinic of Iowa in Cedar Rapids. In addition to serving 11 years in the Army Medical Corps, Dr. Loth worked at a hospital in St. Louis from 1988 to ’92 during the height of that city’s gang violence.

“We had tremendous activity,” Loth says. “The Crips and the Bloods were having various drug wars going on and during that time period, I treated a tremendous amount of urban trauma.”

Dr. Loth will present a series of lectures through Saturday serving as a consultant to the Complex Wound and Limb Salvage Center at Walter Reed Hospital.

“I’m going to be lecturing to the general surgery department, the occupational therapy and physical therapy departments as well as to medical students on how to manage different aspects of extreme trauma,” Loth says. “I’ve had a number of years to develop techniques and I’m going to share them with some of my colleagues in Washington, D.C.”

He’ll cover the reconstruction of challenging war wounds to the upper and lower extremities — from shoulders to fingertips and from hips to toes.

Loth says his years in St. Louis provided him with many opportunities to rebuild the bodies of victims of all types of violence. “Primarily urban trauma and that varies from motor vehicle accidents, which can be horrific, to industrial accidents as well as patients who have been injured as a result of gunshot wounds,” he says.

Besides his lectures, interactive sessions are being conducted with patients and staff both in Washington and by video-teleconference with physicians serving in active war zones. Loth says, “It’s an honor to serve.”