A documentary airs tonight on Iowa Public TV that investigates the deaths of 11 undocumented immigrants in a sealed railroad car that was found in 2002 in western Iowa. Colleen Bradford Krantz, who lives near Adel, wrote the book upon which the documentary was based. “Train To Nowhere” hit bookstore shelves last week.

“I focused on one of the people who died in the railcar, an 18-year-old boy from Guatemala,” Bradford Krantz says. “He was a farm kid and his older siblings had left the farm and wanted him to stay with mom and dad. It’s his story on how he chose to do that.” That young man and the ten others from Central America and Mexico died a horrific death when the smugglers didn’t show up as promised to release them from the railcar. 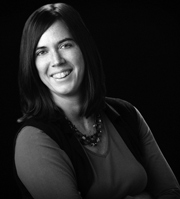 “We included the big brother of this man from Guatemala and his story of his own success in the United States,” she says. “He almost feels this sense of guilt for having drawn his little brother’s attention to the potential here.”

Bradford Krantz was working as a reporter for the Des Moines Register in 2002 when the bodies were found in Denison. “I didn’t cover it myself but it was one of those stories that stayed with me,” she says. “I would think about it from time to time and wonder what it had been like inside the rail car. So, when I left newspapers to stay home with my kids, I wanted to do a different kind of writing and this felt like a good book project to me.”

This is Bradford Krantz’ first book. She also co-produced and wrote the documentary, “Train To Nowhere,” which airs at 9 P.M. on IPTV. Learn more at: www.icecubepress.com