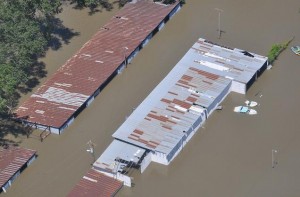 The multi-state group known as MORAST is meeting this week in Kansas City, for the first time without representatives from Iowa at the table.

The Missouri River Association of States and Tribes is one of several groups working on river issues.

“The law that governs the river has been in place since 1944,” Hayden says. “It does not represent the contemporary needs of the people in the Missouri River basin. After 68 years, at the very least, it needs a thorough review.”

A review was underway in recent years but he says Congress cut off the funding before it could be completed.

During the height of last summer’s flooding, the states of Iowa and Nebraska left MORAST because of disputes over the group’s direction. Hayden says both states can return at any time.

“Iowa and Nebraska are always welcome back,” he says. “It is disappointing that they dropped out but our whole emphasis from the beginning was to get the states to work together, at the very least, get them to the table. If they’re not at the table, then they can’t even dialogue with the other states.”

Hayden says he has a pretty good idea of the various states’ motivations up and down the river, but the states have to get past that.

“It’s understandable why there was perhaps some confusion and hard feelings, but it’s time to put those aside and time for everybody in the basin to, at least, begin to dialogue together,” he says.