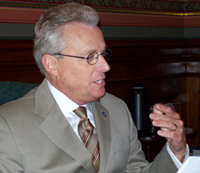 A report from State Auditor Dave Vaudt finds the Iowa Lottery did not gain any major advantages when it switch it’s method of operation eight years ago — and the audit questions whether the new mode of operation has led to key executives making more money than they should be paid.

The state legislature approved changing the Iowa Lottery to an authority, which means the are not subject to the same oversight as other state agencies and do not have to adhere to the same salary structure. The change was pushed as a way to improve the operation of the Iowa Lottery, but Vaudt’s report found little difference. 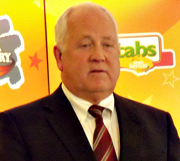 Iowa Lottery C.E.O. Terry Rich took over when the original C.E.O. Ed Stanek retired, and says he disagrees with the assessment of the authority’s success.

“The authority was created in 2004 and when I came in in 2009, I looked at the reasons for the decision, and many of the decisions that we make on a daily basis need to be quite nimble and (we need) to be able to do things in a short amount of time,” Rich says.

Rich says the Lottery is now run like a business and they have to be able to pay the salaries required to get the best employees.

“Employees at the Lottery had to know how to sell and how to know how to get results, and as long as those results continued to increase, investing in good people, and paying the salaries, which obviously need to be fair and equitable as you look at other lotteries who operate in the same manner or even things like coaches, or maybe even Prairie Meadows, another gaming interest. They evaluated those and determined these (salaries) were fair,” according to Rich.

He says the results prove the success of the change. “I think like any salary, it’s the return that people look at — are you getting results, are you having success. And since the authority was founded the average yearly additional income to the state is 15-million, and the average additional sales is 82-million. So I think the results seem to speak for themselves, and I think that’s what board has looked at as they look toward operating this particular lottery,” Rich says.

Auditor Vaudt however, says the Iowa Lottery isn’t performing that much better than its counterparts. “The lottery operations for Iowa are not significantly better than other states, in fact when we take a look at seven states that are very similar in size population wise compared to Iowa and our operations, we really aren’t ranking very high based on sales per capita,” Vaudt says.

“And then also our operating expenses are one of the highest for the eight states in that group. And then when we look at all of the state lotteries in total, a majority of the states actually transfer a larger amount of money to the states than what the state of Iowa does.”

Vaudt doesn’t dispute that sales and revenue have increased since the authority structure was implemented. Vaudt says, “And the thing that we found was, yes the Iowa Lottery sales have grown, but we found that other states that still operate their lotteries as a state agency had very, very similar revenue growth and activities as what the Iowa Lottery did.

Lottery C.E.O. Rich says it’s hard to make a direct comparison between the lotteries of each state. “We were disappointed in how some of the calculations were made on assessments in comparing like lotteries,” Rich explains. “For example, some states utilize their department of public safety to do all of their police work, where the Iowa Lottery has that as a separate line item and has internal staff to do the police work. Each state operates a little differently. Some of them have the Touchplay type of lottery machines. We obviously don’t, that was ended.”

Rich says the Iowa Lottery takes an overall look at how to manage sales. “From a sales standpoint, I think it really is good that Iowa isn’t at the top. That shows that we’ve taken the direction to not overpromote, or oversell. That people in Iowa want to be conservative in their ways in looking for this gaming revenue,” Rich says.

“That’s a delicate balance, obviously we could look at ways to double the income tomorrow, but if you do, you have to worry about the social impact of how that works.” Auditor Vaudt has made a series of recommendations on the oversight of the Iowa Lottery operation and salaries.

“We’ve asked the legislature to look at all authorities, including the lottery, and just make sure that they have the appropriate controls in place. And take a look at key personnel and whether that needs to be a special provision for the lottery as it was when they passed that authority law,” Vaudt says. “And then just making sure that as we go forward we’re always taking a look at how the Iowa Lottery performs, and how we can make it a better place than it is today.”

Rich says they Iowa Lottery is constantly under review, and things are operating well. “Nobody likes oversight better than I think our group at the lottery because we control and work with so many dollars. In fact we have almost eight or nine oversight committees, commissions, the legislature the governor, the auditor comes in and does a financial audit — it’s been squeaky clean from day one,” Rich says.

“And I think this is more of an opinion from a salary standpoint. It’s just like the debate I think that happens with the head (football) coach at the University of Iowa every year, why pay a football coach more than you pay the president of the university? I think its a case of supply and demand.”

You can see the complete audit report here: IowaLottery PDF