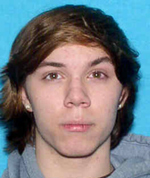 A Manchester teen, wanted for murder in the deaths of his grandparents, was apprehended in Cedar Rapids. Seventeen-year-old Isaiah Sweet was captured shortly after 7 p.m. Monday evening in the 51st Street area near a Theisen’s store.

Earlier in the day, officials issued a warrant charging Sweet as an adult with two counts of first-degree murder. Sweet is suspected in the deaths of 55-year-old Richard Sweet and his 62-year-old wife, Janet.

Their bodies were found Sunday afternoon. The Iowa Division of Criminal Investigation says autopsies were conducted, but authorities are not releasing the cause of death. According to a criminal complaint, a neighbor saw Richard Sweet alive at his home Friday night.

That evening, authorities say Isaiah Sweet called a friend and said he drugged his grandparents and said he thought they were dead. Sweet’s bond is set at one-million dollars.