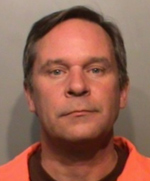 Governor Terry Branstad says it’s up to members of the Iowa Racing and Gaming Commission to decide if a drunk driving arrest disqualifies someone from serving as the commission’s chairman.

Commission member Jeff Lamberti is in line to become the panel’s chairman this summer. He was arrested for drunk driving in Des Moines on Friday night. The governor was asked about the situation this morning during his weekly news conference.

“First and foremost, I think it’s a tragic thing that’s happened. He’s taken full responsibility for it, which I think it an important first step,” Branstad told reporters. “The decision as to who becomes chair of the commission is really up to the commission itself.” Lamberti is a former state legislator who served a Republican leader in the state senate.

He was the GOP’s nominee for congress in 2006 against Democratic Congressman Leonard Boswell of Des Moines. “Jeff has had a long and distinguished career in state government,” Branstad said. “I know that he feels very bad about this terrible mistake that he’s made and he knows that there will be consequences for that and he’s taken full responsibility and I think that’s important and then I think it’s up for the commission to decide who should become chair of the commission.”

Branstad has not yet talked with Lamberti, but plans to hold a “personal” conversation. “I think he needs to take responsibility for this and he has,” Branstad said. “And then I do intend to visit with him and find out if he does intend to continue to serve and then it’s up to the commission to determine if he should be the chair.”

Police found an open container of what smelled like liquor in Lamberti’s vehicle, along with a nearly empty bottle of whiskey. Lamberti initially told cops he had two beers Friday night, then said he’d had four, then six. His blood alcohol level was more than twice the legal limit.

Lamberti, who is a lawyer, is president of the Iowa Barnstormers. He also has led the effort to save the U.S.S. Iowa battleship from the salvage yard. His father started Casey’s General Stores.

Audio of the governor’s remarks on this subject, made at the end of his weekly news conference, can be found here.