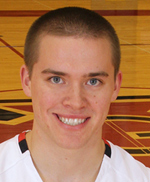 In 36 minutes of action the sophomore made 52 of 108 shots from the field, including 27 of 71 from three point range and he seven of ten from the foul line.

“It’s a little overwhelming right now, I don’t think the reality has set in yet, and I’m very tired,” Taylor said. Taylor actually missed his first four shots of the game. 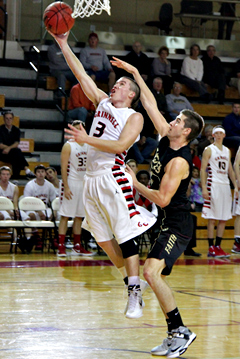 “I was a little worried at first, but my teammates and my coaches just kept telling me to keep shooting the ball,” Taylor said.

“And I’m so thankful that they had the confidence in me to keep shooting, because normally if you miss your first four shots you’ll expect to be a little more conservative.”

Taylor said he had plenty of help.

“I can’t thank my teammates enough, they were so unselfish to keep giving me the ball, and they had to sacrifice their own statistics to get me going. And so I can’t be more thankful,” Taylor said.

The previous NCAA scoring record was held by Bevo Francis of Rio Grande who scvored 113 points against Hillsdale back in 1954.