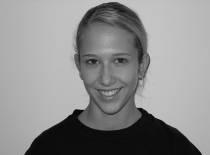 One of the world’s best skippers will be in Iowa next week, but her abilities have nothing to do with being captain of a ship.

The native of Hungary says she started skipping at age six. Her father was a physical education teacher and encouraged her to take the sport more seriously.

“In the competitions, if it’s like a group competition, we have double-dutch and single rope and we have different events like speed and free style,” Banhegyi says. “It’s a little like gymnastics where you have a routine and people will give you scores.”

She says the sport of skipping has suffered from something of an identity crisis.

“People really think about skipping as a childish game or just a little girl doing skipping in the schoolyard,” Banhegyi says. “The years went by and it was becoming a little more popular. Actually, in America, there are lots of teams doing it and it’s becoming more and more popular.” 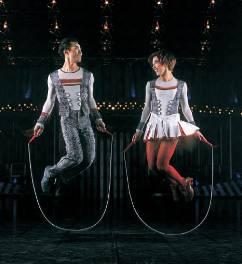 After developing an impressive repertoire of tricks, she joined the National Skipping Team in Hungary and at age 20, auditioned for the Cirque du Soleil in France and landed her dream job. She’s been on the global tour with the Cirque for seven years now and loves the traveling and performing for big audiences.

“We have traveled already to Dubai, to Asia, to South America, to Europe and now we have been touring in the U.S. and Canada for two years,” Banhegyi says. “I couldn’t say how many countries I have been to (laughing) but it’s a lot.”

Banhegyi is performing a skipping solo that involves jumping six ropes at once in the Cirque du Soleil-Quidam, with three shows next week at the Tyson Events Center in Sioux City and four shows at the Iowa Events Center in Des Moines.