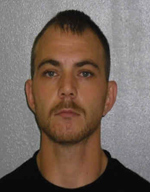 A man wanted in connection with a kidnapping and assault in northeast Iowa has been arrested in Louisiana.

Investigators believe Williams and four other young men were involved in the abduction of 29-year-old Allen Denni back in November. According to court documents, Denni was taken from his apartment in West Union by the men and was forced into a van.

The men allegedly beat Denni, knocking his teeth out, before stripping him of his clothes and leaving him along a gravel road about four miles northeast of West Union.

A passerby found Denni and called police. Williams is being held in Louisiana, pending extradition back to Iowa. The other four men, who are all from West Union and between the ages of 18 and 22, have already been charged with first-degree kidnapping.