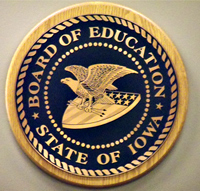 The state Board of Education approved a change Thursday to increase the fee charged to inspect school buses. Department deputy director, Jeff Berger, says the fee will go from $28 to $40.

“So per bus it’s an additional 12 dollars, and most districts are saying that’s just kind of the cost of doing business. They see the inspections as a way to ensure that the buses are running correctly and so I think we’re hearing that they are willing to cover that,” Berger says.

The additional money will allow the state to hire a third inspector and Berger says there is legislation in the works to require inspections of other school vehicles. Current law requires the inspections only for vehicles that carry over nine people.

“All of those smaller vehicles that are nine passengers or less will be inspected as well,” he says. “So we’re covering currently every vehicle that transports a kids is inspected twice a year at minimum.” Berger says they just want to be sure the vehicles are in good shape to avoid any problems.

“There were a couple of incidents in other states where students were injured or killed in bus accidents. Buses are still one of the most secure and safe methods of transporting any type of person. We have had none of that in Iowa, fortunately our fleet is very safe,” Berger says.

“But I think there is natural concern, any time you are transporting children you’ve got to make sure the safety factor is there.” Berger says the additional inspections and charges will likely be implemented for the next school year.