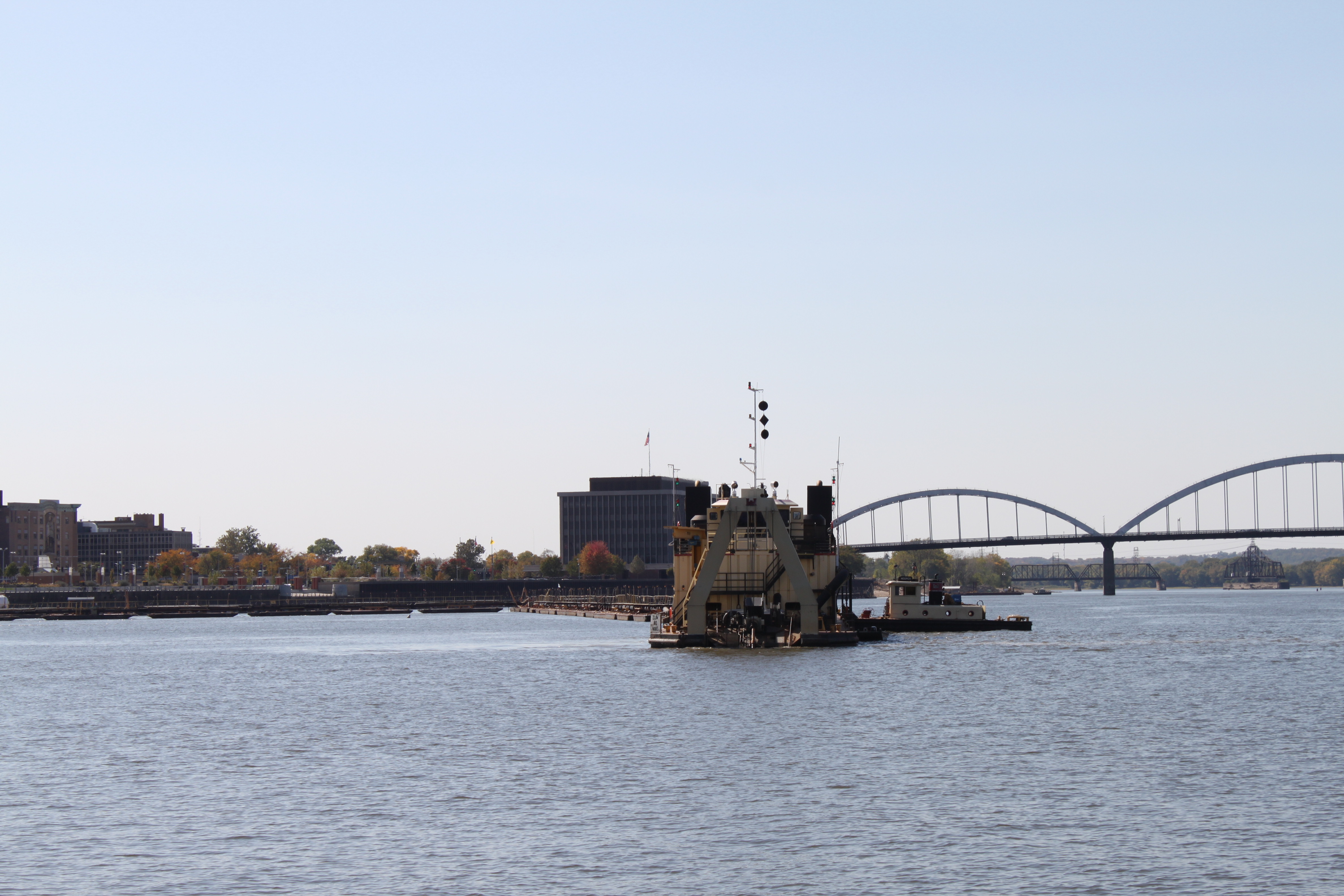 Iowa’s governor and lieutenant governor will be among the participants in a panel discussion in Davenport today about Mississippi River trade infrastructure. The river is critical to agriculture interests as tons of corn and soybeans and other products are shipped around the world.

Gary Meden is Deputy Commander for Programs and Project Management with the U.S. Army Corps of Engineers, Rock Island District. He says his agency receives roughly $50 million a year in federal funding and it’s not nearly enough to maintain the current state of locks and dams on the Upper Mississippi.

“About 65-percent of that is used to pay the people who operate the locks and dams, but in addition to that, we’ve got over $900 million of prioritized maintenance that we should be doing that we don’t have funding for,” Meden says. “In any one year, there’s probably about $100 million (in maintenance) that we could do on top of what we’re appropriated.”

Much of the infrastructure along the Upper Mississippi was built in the 1930s, according to Meden. “There are a lot of dam gates and lock gates that are in very bad condition and are leaking,” Meden says. “At some point, one or more these may fail and we could lose navigation pools and lose the ability to navigate commerce on the river.”

The Corps of Engineers is not allowed to lobby for increased funding, but state and local officials can do so. Meden says over $4 billion dollars in improvements along the Mississippi have been authorized by Congress, but Congress has failed to approve any appropriations toward improvements or major rehabilitation projects in the last two years.

“So, only one leg of what we call our navigation three-legged stool which is funded is operations and maintenance,” Meden says. “So, we’re just trying to maintain the status quo and we’re not even keeping up with that.” Today’s meeting is scheduled to begin at 10:30 a.m. at the Hotel Blackhawk in Davenport.